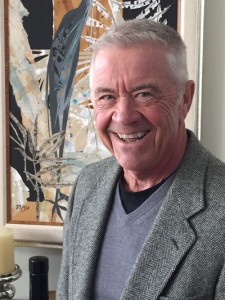 Paul Wood recently retired from Verizon Maryland where he served as the corporation's Vice President of Government Affairs and Chief Lobbyist.  In that role, he was the firm's primary contact for the Maryland General Assembly, for the Governor's office and all state agencies.  He also led a team responsible for government relations at the local county and municipal levels.

In addition to Maryland Hall, Wood's extensive involvement in the community includes having served as Director and Board Chair of Leadership Anne Arundel, a Director and President of the Independent College Fund of Maryland, and a Trustee of Living Classrooms.  He is currently a Director and past president of the Frank J. Battaglia Signal 13 Foundation and a Director on the University of Maryland System Foundation. Wood is a graduate of West Virginia University where he earned a degree in Journalism.  He and his wife, Mary reside in Arnold, MD.