Maryland Hall will be closed on Monday, September 26 in observance of Rosh Hashanah. There will be no classes and the galleries will not be open. 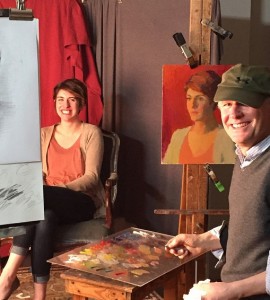 John Ebersberger has been an instructor at Maryland Hall since 1985. He was one of the original Artists-in-Residence at MD Hall, and shows his work locally at the McBride Gallery. John was a student of the late American Impressionist Henry Hensche, as well as a student of nationally-known portrait painter Cedric Egeli. He holds a BFA from the Maryland Institute College of Art.

John is represented by McBride Gallery in Annapolis, MD; The Troika Gallery in Easton, MD; and Egeli Gallery in Provincetown, MA. He is represented for portraiture by Portraits, Inc. in NYC. Notable collections include The United States Naval Academy, The Federal Reserve Bank of MD, Lockheed-Martin Corporation, and the First Bank of Alabama.